Domingos Guimaraens and Caroline Valansi invited us to go to the best Sunday Carnival bloco called Boi Tolo starting at 7am at Candelabra Church, downtown area! I and Alina Teodurescu set up the alarm clock at 5am and at 6.30am we were in the street to catch a taxi to reach our friends' home. We were surrounded by San Benedict monks, maybe a way to protect us from potential aggressors.... 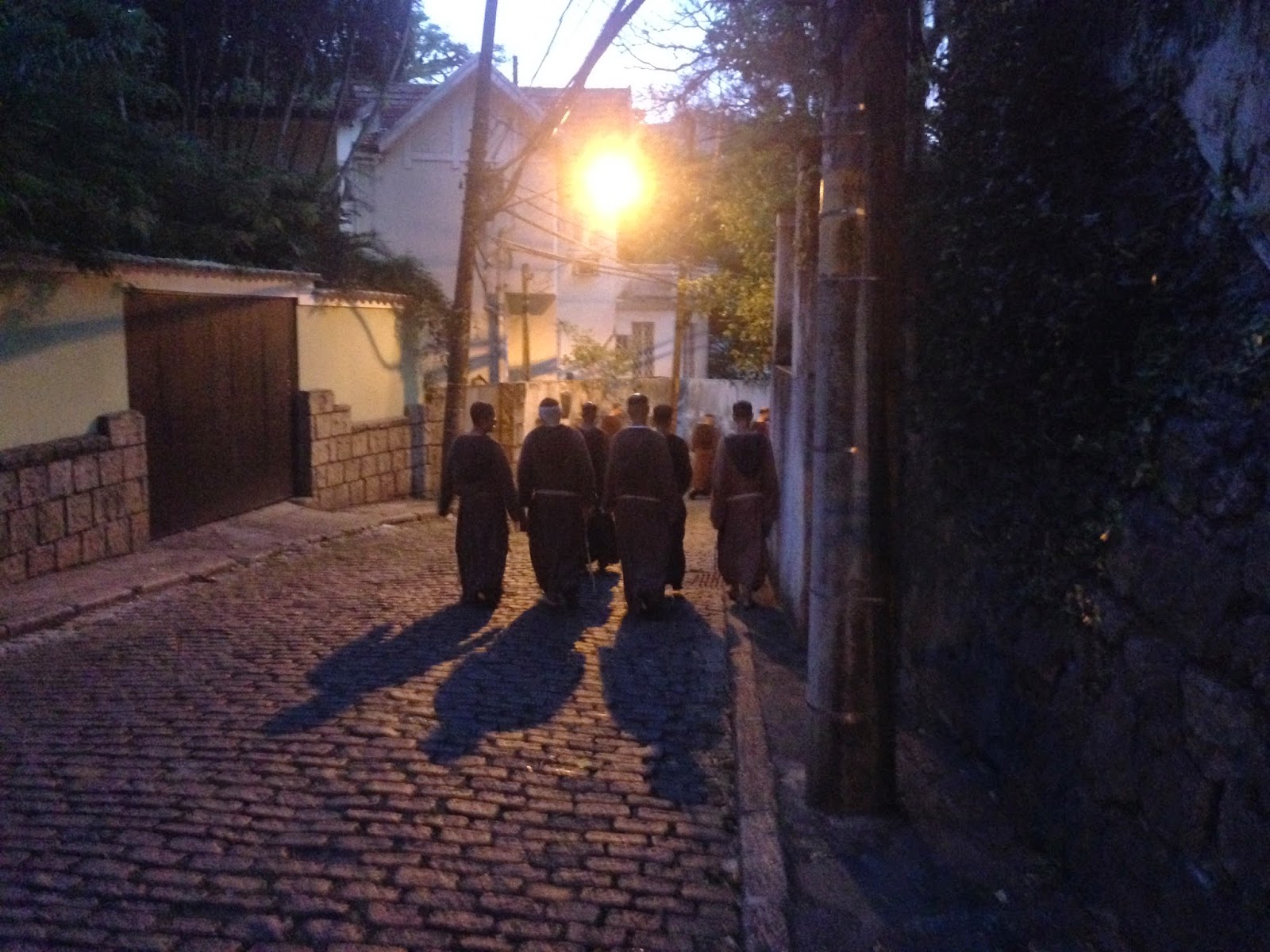 Once arrived to their home, Domingos and Caroline initiated us to the spirit of Carnival as the locals do! They love glitters! A lot of glitter! 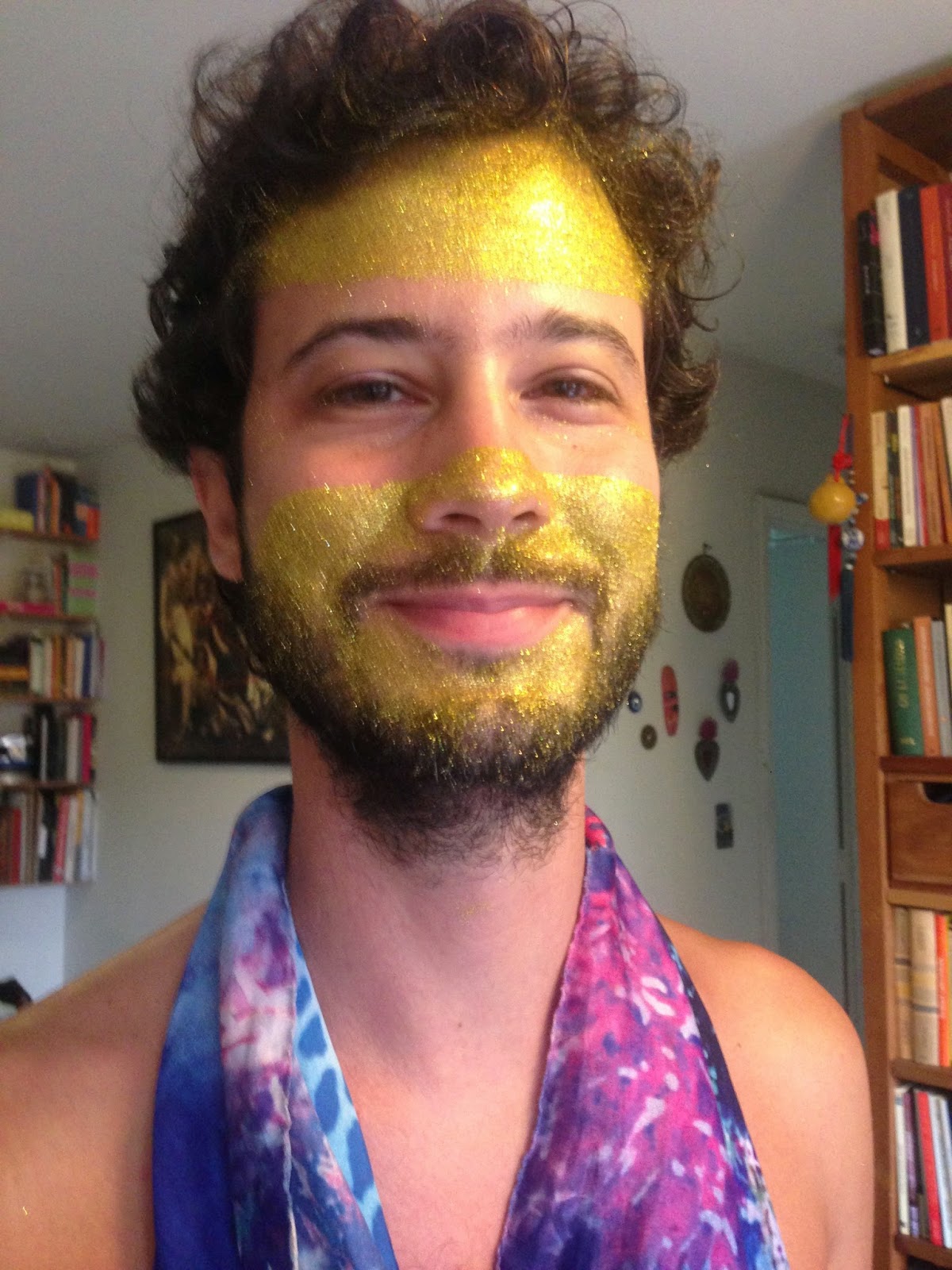 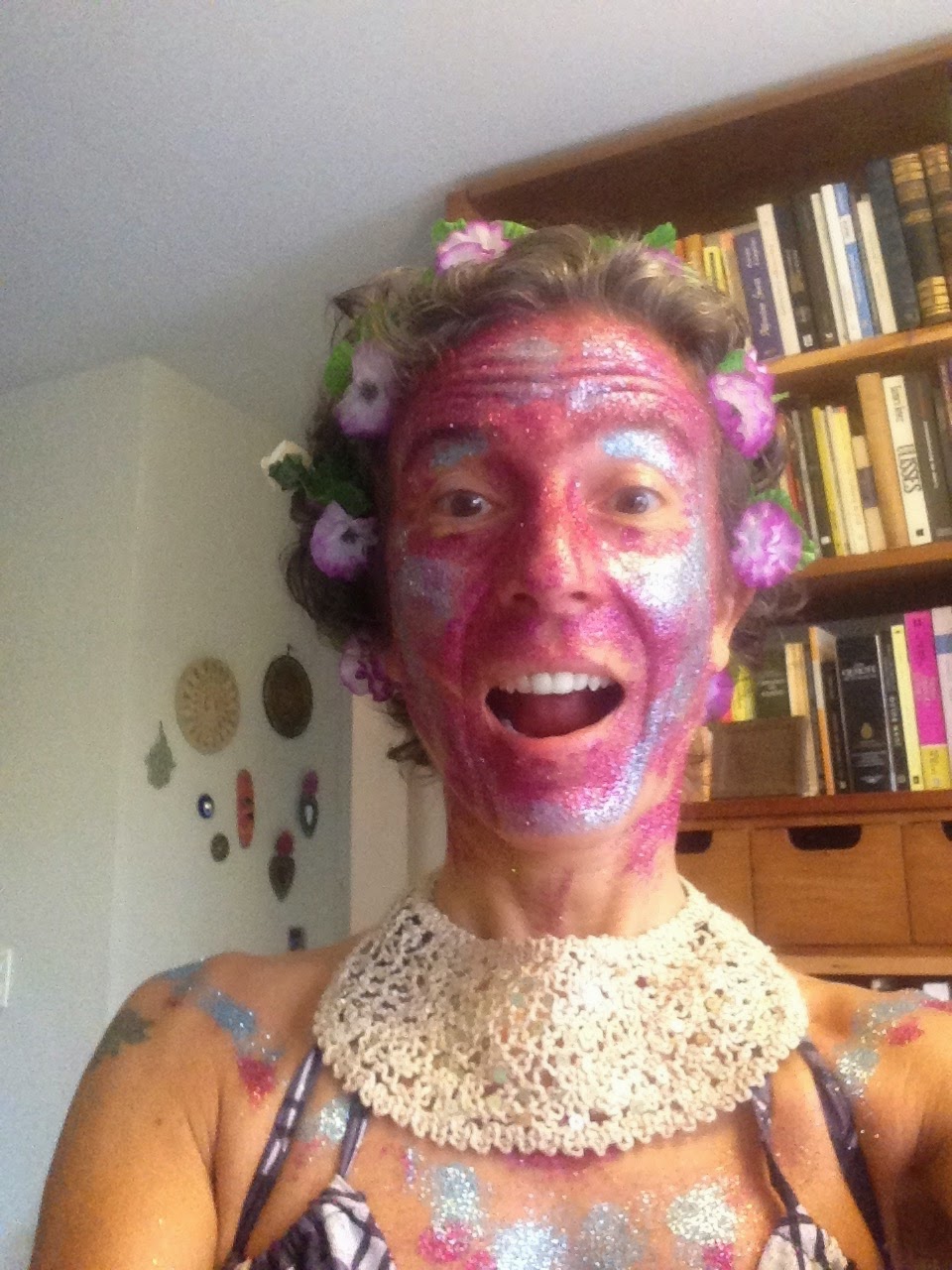 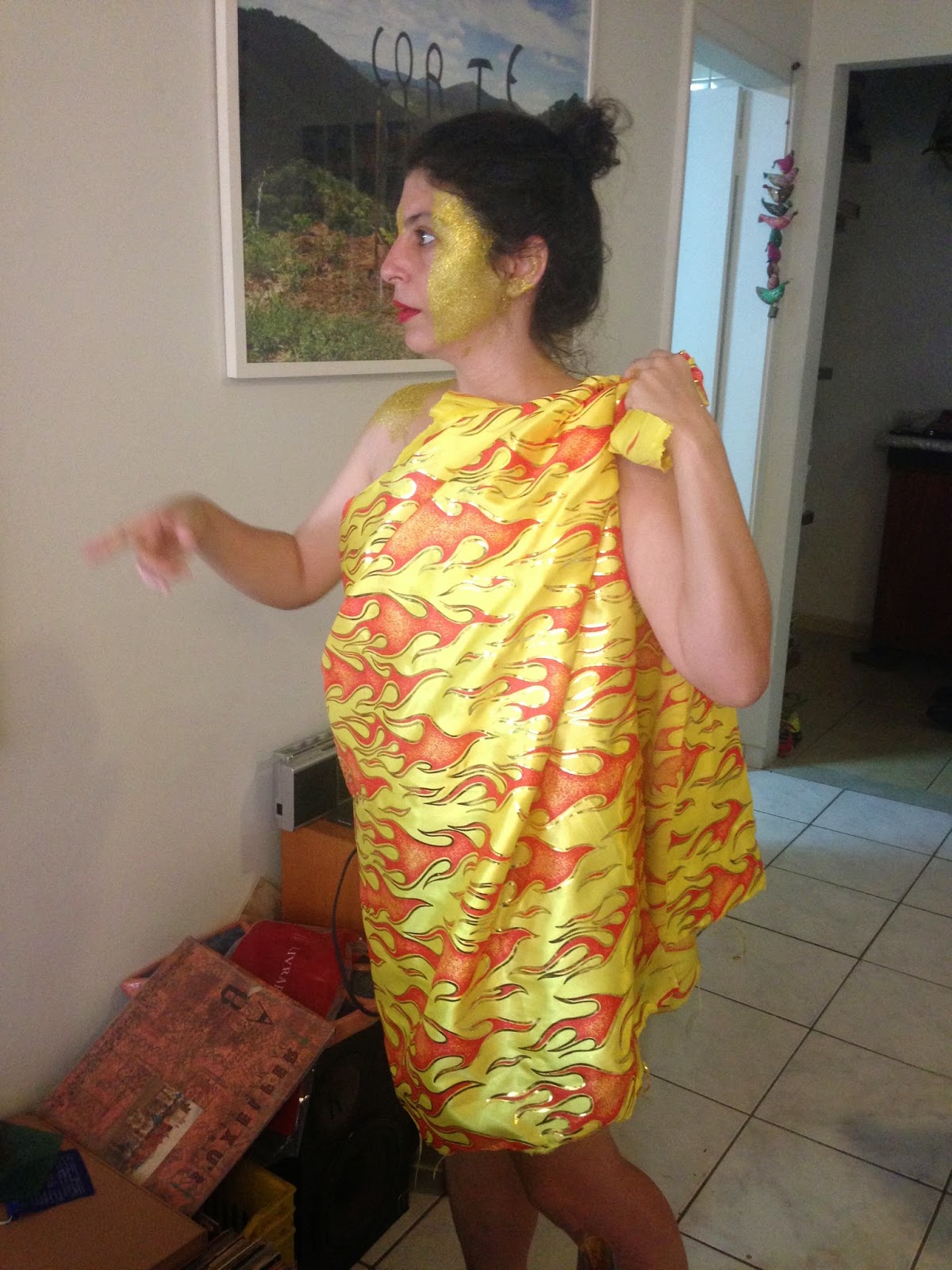 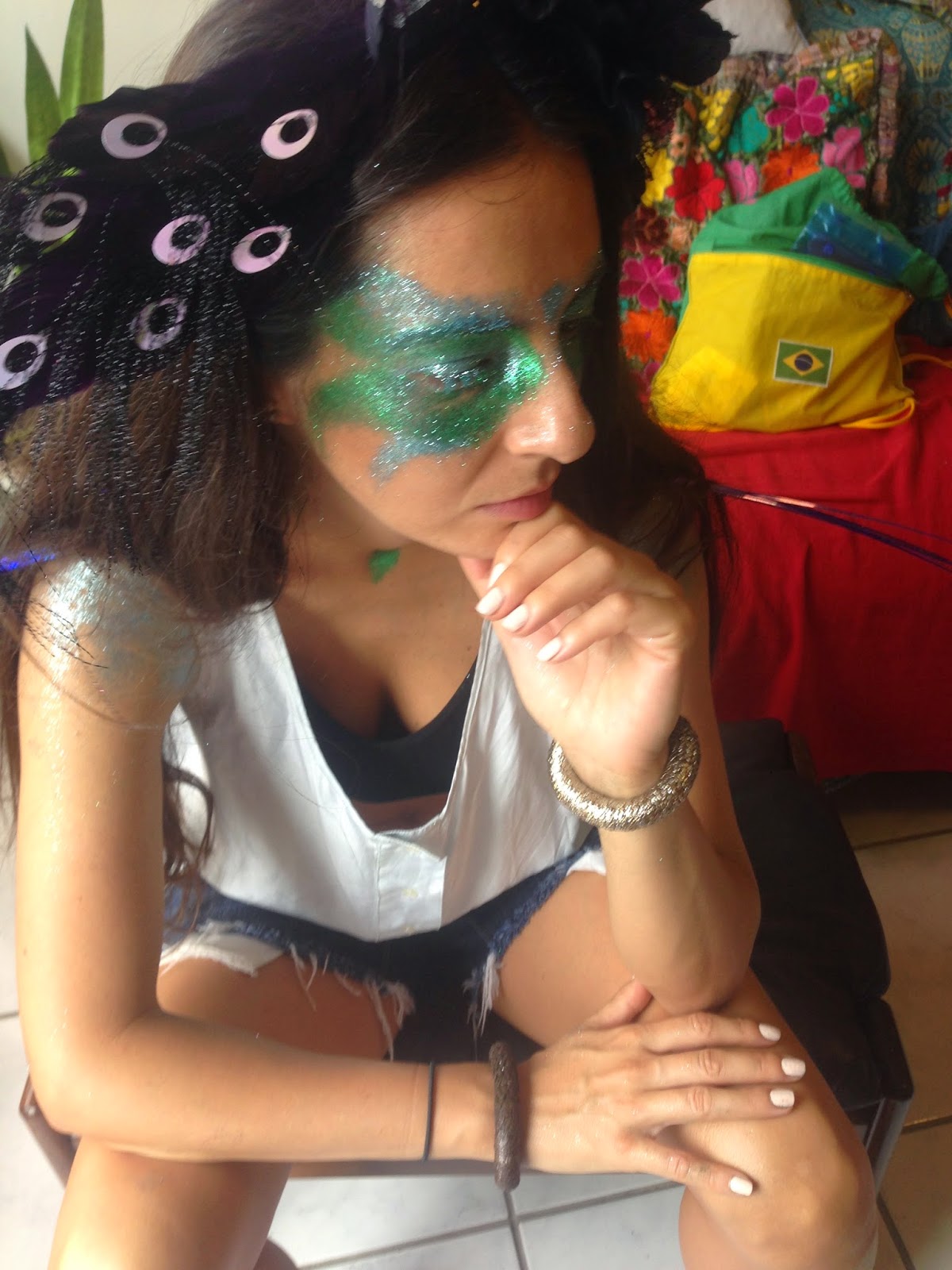 We arrived  at the bloco directly diving into the euphoric crowd, that use to sing Indigenous lines within their rituals and get very excited all together as a group! Sometimes the people's flow  was squashing us one against each other like sardines... Likely Domingos had a pomp of water to relieve us from the heat! 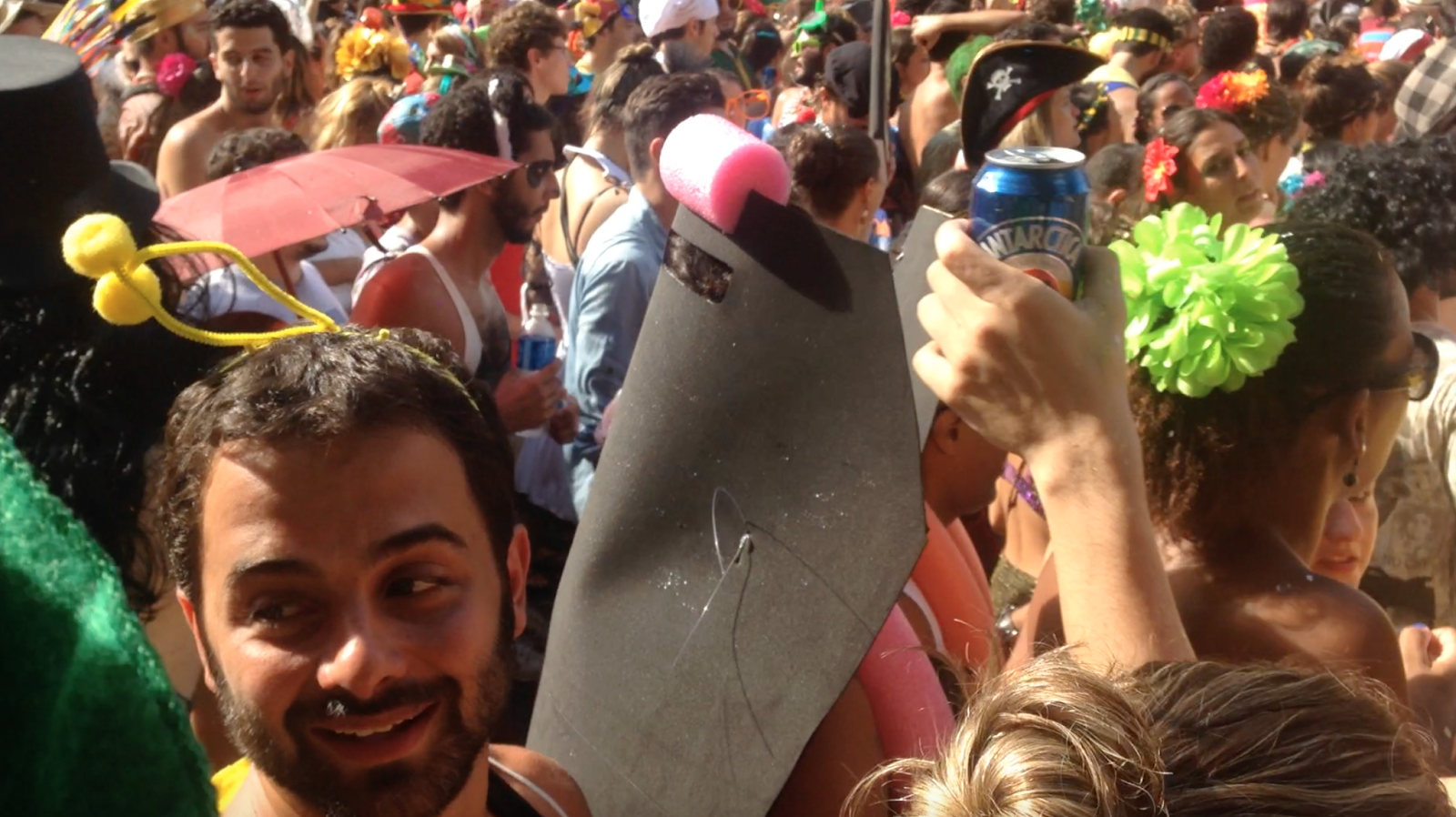 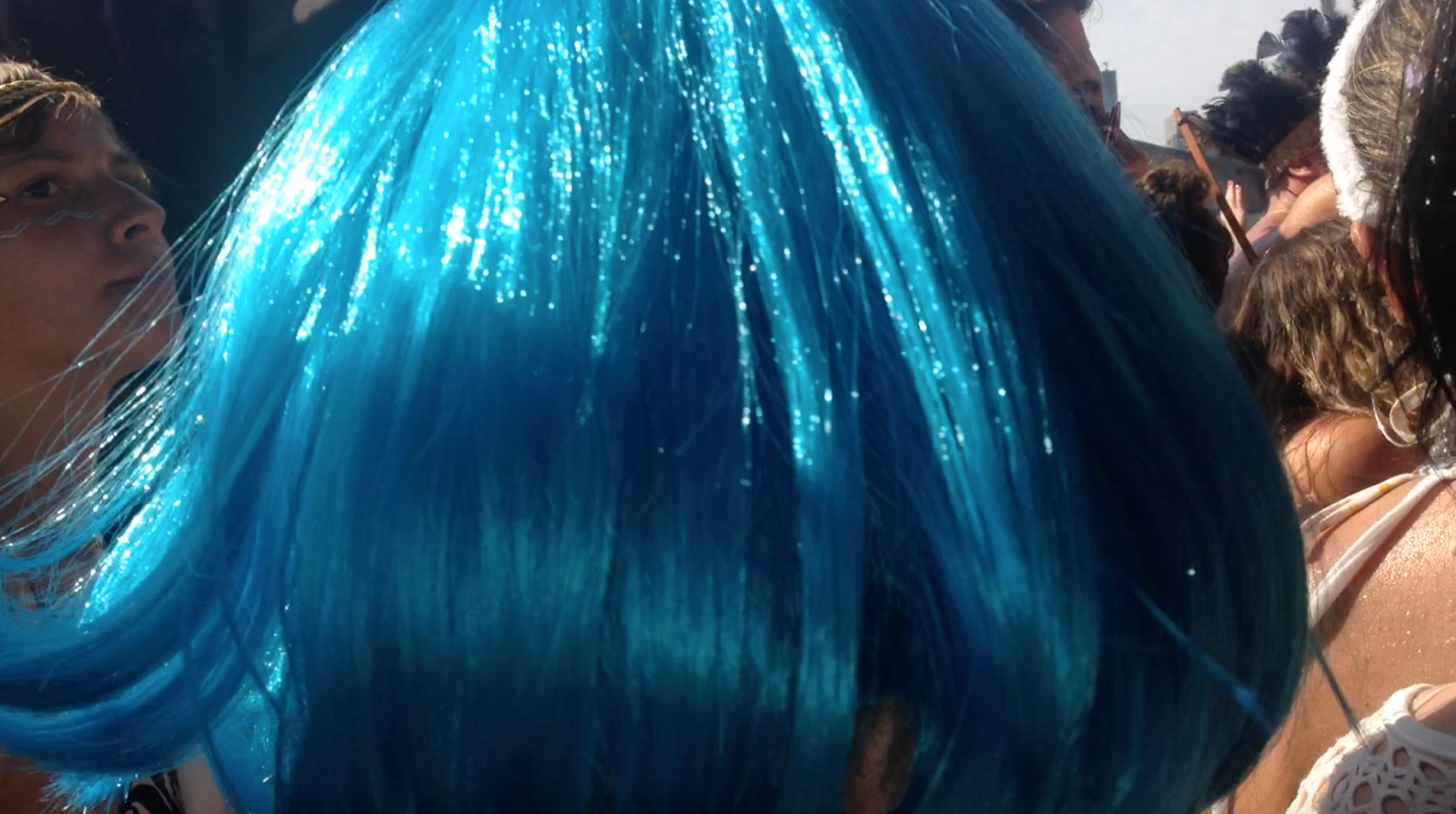 If the locals are used to such a Carnival 's bloco running until 10pm....I and Alina felt very tired after just three hours, so we decided to leave for taking extra rest before attending to the grand Competition of the Carnival parade with special chariot  and Samba schools starting tonight at 9.30pm and running all night until 4.20am of the day after!!! But this is all together another blog story! 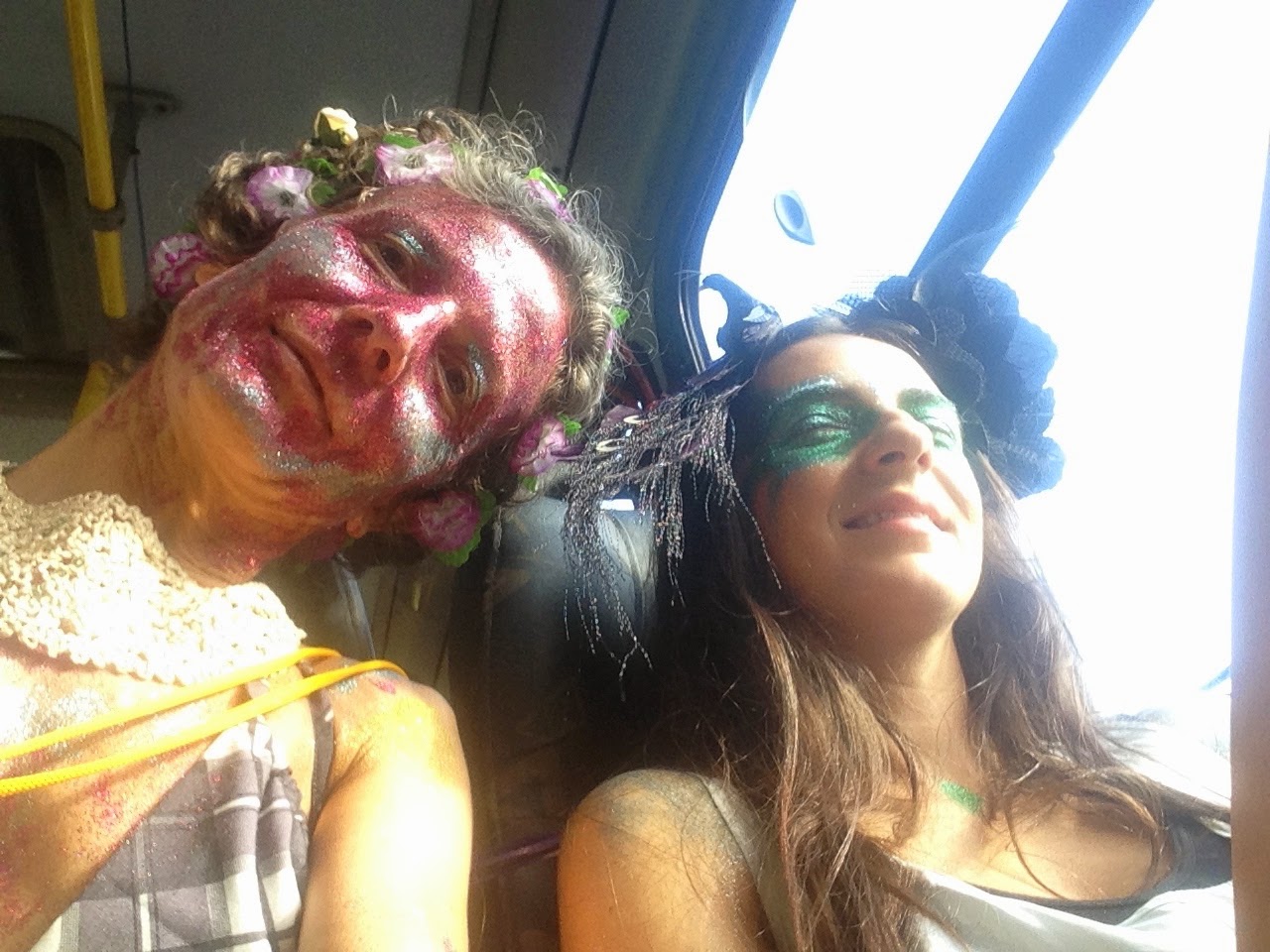 Posted by Marta Ferracin at 7:40 AM